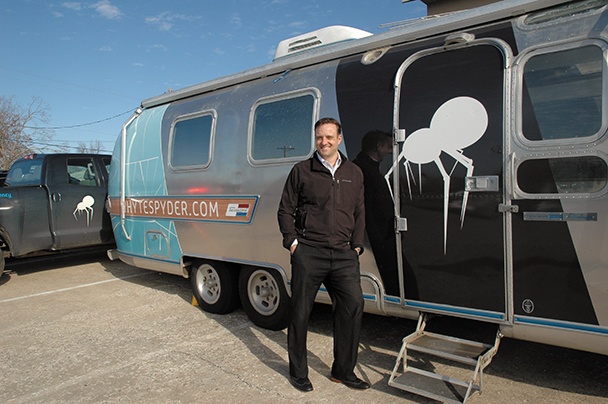 Fayetteville-based WhyteSpyder is making the move to downtown Springdale to be part of the city’s efforts to create a technology hub. The company is the latest business to make an investment in the area, along with Tyson Foods and J.B. Hunt Transport Services.

WhyteSpyder is a service supplier to Walmart and other retailers and manufacturers that sell items online and in-store. The relocation will bring digital merchandising expertise to the growing technology hub.

“Our team is excited about being part of the technology boom in Springdale,” said WhyteSpyder CEO Eric Howerton. “We look forward to becoming part of the downtown community and bringing our corporate culture and digital merchandising technology expertise to the area.”

He said part of the focus with the relocation is to help solve problems of omnichannel retail through innovation and technology. The move is also designed to help WhyteSpyder attract technology talent from across the state.

City leaders saw the potential of WhyteSpyder being part of the technology center and courted the company to make the move.

“The Downtown Springdale Alliance (DSA) is thrilled to have another tech-related company locate in downtown Springdale,” said Jill Dabbs, executive director of the DSA. “WhyteSpyder will be a great addition to Emma Avenue. They have a lot of positive energy and see the potential for our downtown master plan.”

“We believe this will continue to help fuel our revitalization,” Spouse said.

Howerton said his staff of 16 will make the move on April 1. The new address is 413 E. Emma Ave. The office will be in the old Yanez Alterations building which is leased space of about 2,000 square feet.

While a fair amount of the business WhyteSpyder does involve suppliers with offices in Benton County, Howerton said the move to Springdale is more aligned with the company’s efforts to operate outside its walls within the broader community as advocates.

“We are trying to be part of the effort toward inspiring and invigorating the downtown Springdale community,” Howerton said. “We think Northwest Arkansas should be the omnichannel hub for the world. Bentonville is ground zero for brick and mortar but there is no reason Springdale can’t be that for omnichannel with the technology hub vision of local leaders in Springdale.”

Howerton said the company continues to evolve since its 2012 founding and the move to Springdale is part of the transition from what was largely a service company to now an innovator that builds and uses technology tools to help suppliers and retailers better scale their omnichannel businesses in a sustainable way.

“When we started, we had just $850 in the bank and a plan to grow omnichannel,” Howerton said. “Today we remain a nimble company that has grown organically and never taken in any additional investments, bootstrapping and reinvesting in our growing future.”

Daniel Hintz, the founder of community development firm Velocity Group, has been working with city leaders to recreate downtown Springdale with investor help from the Walton family, Tyson Foods and others.

He said the WhyteSpyder team brings an amazingly positive energy and technology profile to downtown Springdale, helping fuel an economic engine of a downtown rapidly waking to its potential.

“Howerton aspires to be the technology company that inspires and attracts Arkansas talent to get behind omnichannel retail and live and work in Arkansas, instead of leaving the state,” Hintz said.

Tyson Foods has already located more than 300 technology workers into the renovated and expanded original company headquarters at 516 E. Emma Ave. The meat company announced plans in June 2018 to invest in a manufacturing and automation technology center adjacent to Emma Avenue. That investment is an automation center for training in robotics technology and is slated to open this summer.

Howerton said WhyteSpyder is eager to be part of the new tech scene developing in the heart of downtown Springdale.

“We want to give young people who are interested in technology, all the way from West Helena, Pine Bluff and from all across the state, the opportunity to move here and work in the technology space,” Howerton said. “This move to downtown Springdale is just the beginning of that vision. It’s time for Arkansas to create cool stuff and have fun. We have big plans.”

Want to learn more about WhyteSpyder? Fill out the contact form and we will be in touch within 24 hours.